Nevus depigmentosus or achromicus is a congenital pigmentary disorder that can occur in all sexes and races.1 It presents as a single large irregular area of hypo- or depigmentation in childhood and is static. It is strictly unilateral and usually limited to a single dermatome.1 Sometimes, the lesions may be small and multiple, but these are still unilateral and segmental.2

Nevus depigmentosus is caused by functionally defective melanocytes and abnormal melanosomes.2 Localized solitary lesions need to be differentiated from conditions like nevus anemicus, ash leaf macule, and vitiligo. Generalized lesions should be differentiated from hypomelanosis of Ito.2 Treatment is usually not required although cosmetic camouflage, phototherapy, and grafting can be done.1

We report the case of a 20-year-old young man born to non-consanguineously married couple. He came with multiple white patches on the skin, most of which were present since birth. Some of the patches had developed during his childhood. The patient was asymptomatic and had no history of developmental delay/anomalies. There was no history of similar lesions over the oral or genital mucosa and no history of any other skin lesions,

On examination, multiple well-defined hypopigmented macules and patches distributed over the back, trunk, and upper and lower limbs were seen (Figs 1 to 3).

Based on the clinical findings, a differential diagnosis of ash leaf macules, multiple nevus anemicus, or achromicus was considered.

Diascopy test ruled out nevus anemicus. Absence of angiofibromas, shagreen patch, or history of epilepsy in the patient or family members ruled out tuberous sclerosis.

Hypomelanosis of Ito was ruled out as it is a unilaterally occurring condition.

A Wood’s lamp examination showed no accentuation of the lesions, ruling out vitiligo.

Hansen’s disease/leprosy was ruled out as most of the lesions were asymptomatic (no loss of sensations, sweating, or appendages) and present since childhood.

Histopathology of the involved skin showed a normal number of melanocytes and was not suggestive of anything specific.

Based on the abovementioned exclusions, the patient was diagnosed with multiple nevus achromicus. 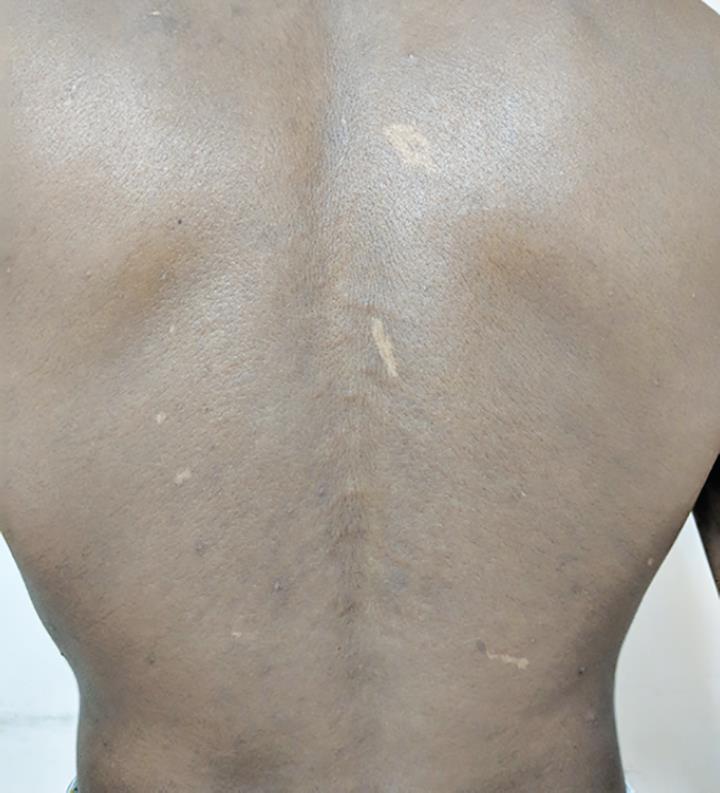 Fig. 1: Multiple well-defined hypopigmented macules and patches distributed over the back 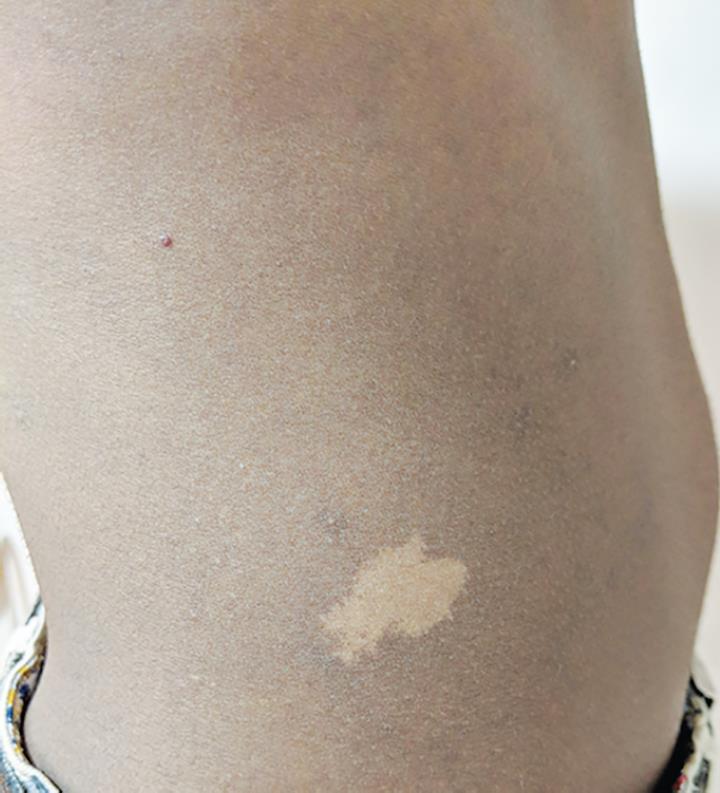 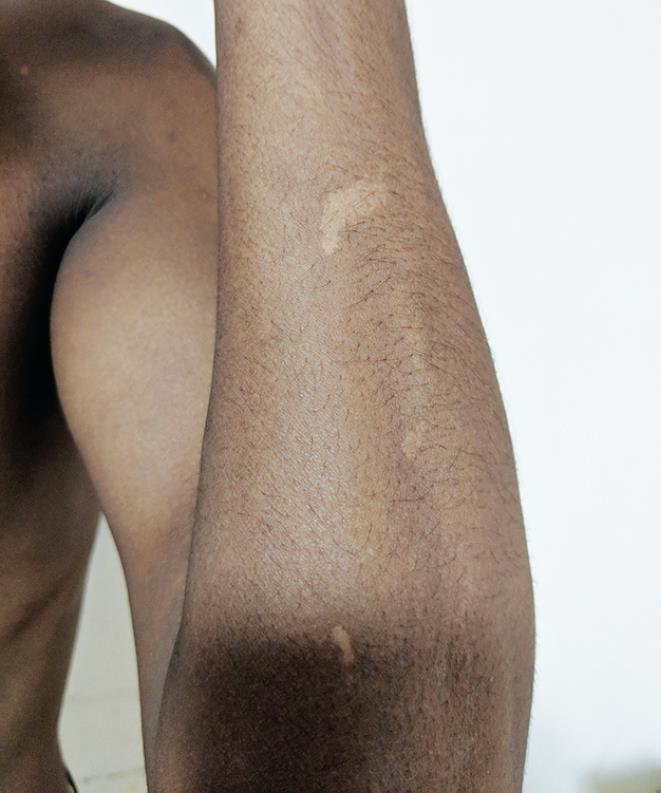 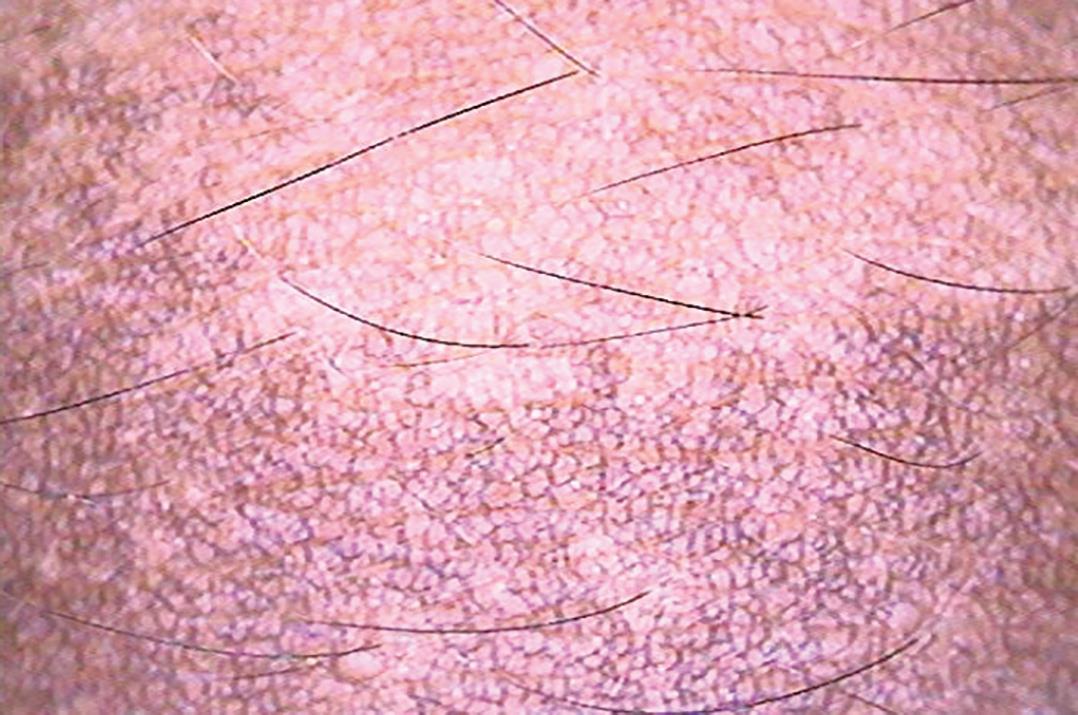 It needs to be differentiated from other similar-looking hypopigmentary skin conditions like vitiligo, nevus anemicus, hypomelanosis of Ito, ash leaf macules of tuberous sclerosis, and indeterminate leprosy.4 It requires no treatment except when patient asks for it, for a better esthetic appearance.4

There are three clinical variants:1,5

Based on the size, the following classification can be made:

Our patient did not fit into any of the abovementioned three clinical types. He had multiple lesions that were generalized and asymmetrical. Considering the rarity of this kind of nevus achromicus, it was thought to be worthy of reporting.