Background: Dermoscopy is an in vivo, noninvasive technique that is a one-time investment, easy to operate, and permits the visualization of morphologic features of the skin that are not visible to the naked eye. Its usage as a diagnostic tool in Leprosy/Hansen’s Disease (HD), an infiltrative disease is largely unexplored worldwide.

Aims: To study dermoscopic features of newly diagnosed leprosy, and to compare these features with those of normal skin.

Limitations: The dermoscope that had been provided for the study did not have advanced features affecting the image quality. Also, the sample size for the study was 33, which is again a limitation, but considering the low incidence of leprosy in India, excluding criteria as well as a fixed study period of just 18 months, the sample size can be considered reasonable.

Conclusion: Significant dermoscopic changes have been observed during the study, and hence we feel that dermoscope as a diagnostic tool has tremendous scope in the early diagnosis of leprosy, especially in situations where biopsy needs to be avoided (children, facial lesions) or in atypical clinical presentations that demand a supportive investigatory intervention. In this era of HIV, Hepatitis B, and Hepatitis C, the importance of replacing an invasive procedure cannot be overemphasized. However, further studies on a larger population with advanced dermoscopes are necessary to support and strengthen our findings.

The diagnosis of Hansen’s Disease (HD/Leprosy) is largely clinical. It is confirmed by skin biopsy and/or slit skin smear (SSS). The invasive nature of both these tests and the suboptimal facilities for conducting them stand in the way of effective screening and addressing the disease prevalence. Dermoscope is an inexpensive, in vivo, noninvasive tool that is easy to operate and permits the visualization of morphological features of the skin that are not visible to the naked eye. Its usage as a diagnostic tool for HD, an infiltrative disease, has so far been largely unexplored worldwide.

This is a prospective descriptive study conducted at a tertiary care hospital over a period of 18 months after obtaining ethical clearance by the institute research board.

Patients already treated and those undergoing treatment for leprosy, patients diagnosed with pure neuritic type of leprosy, patients with lepra reactions, pregnant women, and those with preexisting chronic skin diseases and retroviral infection were excluded.

The demographic details and clinical history, such as age, gender, duration of the disease, site of lesion, family history of HD, preexisting chronic skin disorder, and history of antileprosy drug therapy, were noted in a predesigned proforma after taking written informed consent from each of the patients and volunteers. Also, if the patient was less than 18 years old, an additional consent from parents was taken.

The instrument used was a Complex Video Dermoscope with three light sources, i.e., visible/white light, polarized light, and ultraviolet (UV) light. Dermoscopy of the center of the lesion, infiltrated border of the lesion, and perilesional skin of the recruited patients and volunteers was done using all the lights.

The study was conducted to know if there were any specific dermoscopic features in biopsy-proven HD patients. Thirty-three consecutive patients newly diagnosed with HD were compared with an equal number of healthy age-, gender-, and site-matched healthy controls.

The spectrum distribution showed that of the 33 cases, 4 (12.1%) belonged to true tuberculoid (TT) spectrum and 15 (45.4%) belonged to borderline tuberculoid (BT) spectrum. Six (18.2%) patients each belonged to borderline lepromatous (BL) and lepromatous leprosy (LL) spectrum and two to indeterminate spectrum (6.1%). There were no patients in mid-borderline (BB) and histoid spectra. This shows that more than half the patients (57.5%) had reasonably good cell-mediated immunity. Twelve patients in the BL and LL spectrum (36.4%) and two child leprosy cases is disturbing in a nation claiming to have eliminated leprosy. This shows an increasing trend in the multibacillary forms and increased risk of spread of the disease.

We observed that the skin markings were best appreciated using white light in most cases (75%). (Fig. 1) UV light was better to appreciate scaling. (Fig. 2) The white dots, yellow dots, pigment network, and the hair were all better seen under polarized light (Fig. 3). 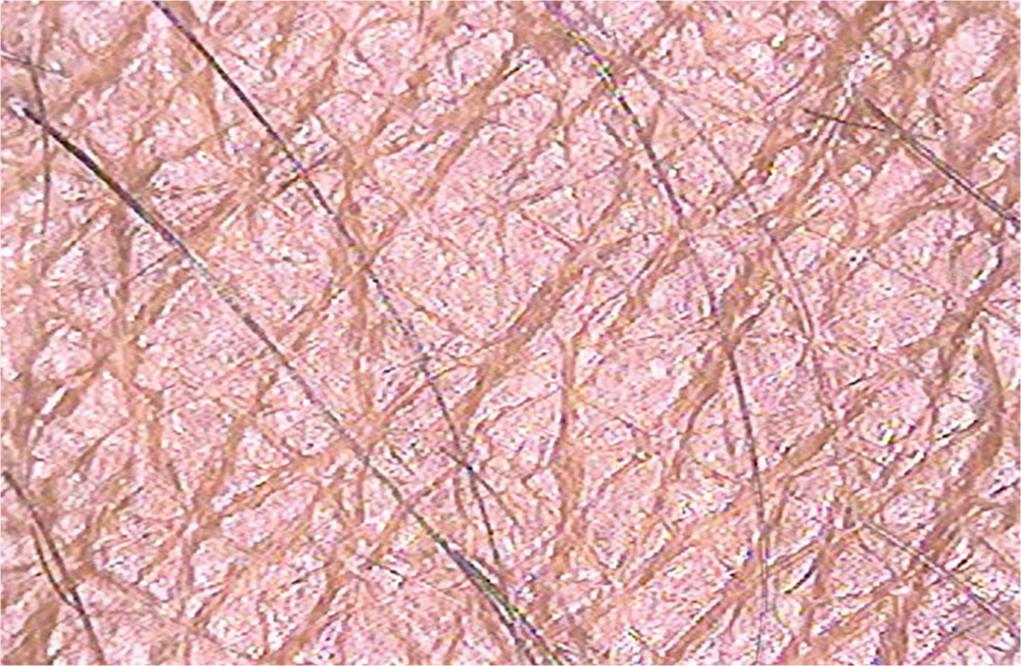 This shows that there was a significant reduction in the white dots (corresponding to sweat duct openings, p values 0.04) (Fig. 4) and the number of hairs in the center of the lesion (p values 0.000) when compared to that of control. The reduction or absence of sweating and hair are the key clinical features of leprosy infiltrated skin.

The most important observation was that in 97% of patients (32/33, p values 0.000), there was loss of skin markings seen as structureless areas both in the center and in the margin of the affected skin, in contrast to that of the control group, where the skin markings were preserved (Fig. 4).

Scaling was observed in a significant number of patients when compared to the controls (p values 0.011). It was much more prominent in the margin of the lesions than in the center. We infer that this could be because of a possible activity and subsequent inflammation in the periphery.

Comparison of the center with marginal and perilesional affected skin showed no significant reduction in yellow dots, white dots, and hair density. A statistically significant loss of skin pattern (p values of 0.000) was noted in center and margin, while in perilesional skin the pattern was intact (Tables 3 and 4).

Leprosy is one of the oldest bacterial infections in the world evading many aspects in research. Studies are being done globally and evolving concepts are coming up, be it the resistance to treatment or the immunogenetics of the organism.

Mycobacterium leprae continues to be a bacterium that resists being cultured. Animal studies are not very practical. It is encouraging that tests like PCR that can detect the organism have come into light but cost has been a limiting factor in a resource-poor country like India.

And so invasive procedures like SSS and skin biopsy continue to be the investigations for definitive diagnosis of HD.

It is because of this, and the availability of a novel diagnostic tool like dermoscope, hitherto unexplored in leprosy but which is simple to use, affordable, and noninvasive that we attempted to study the dermoscopic features in HD patches. 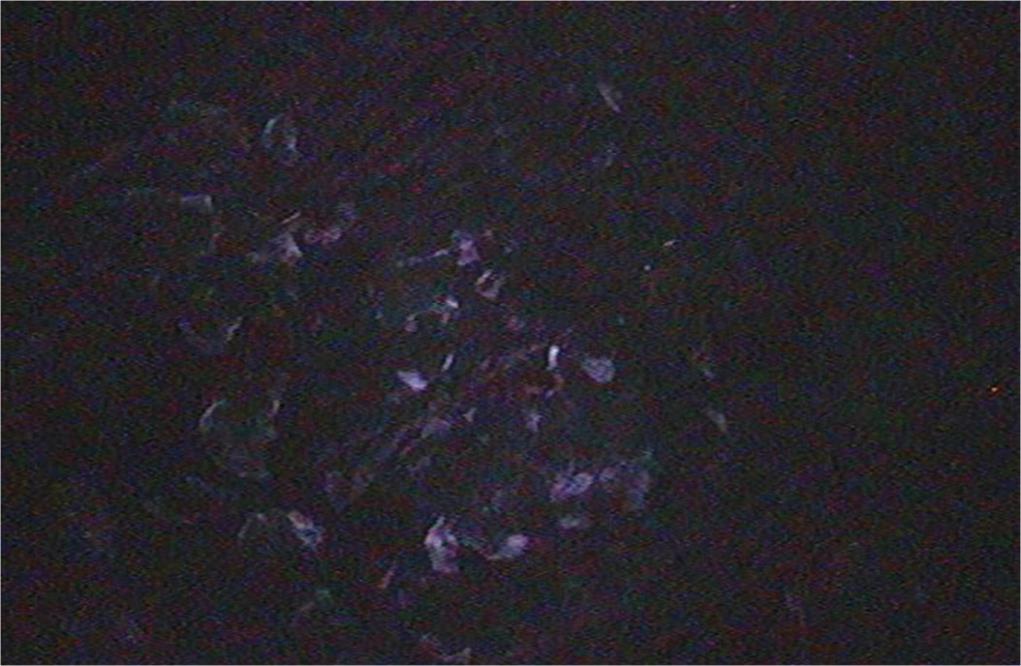 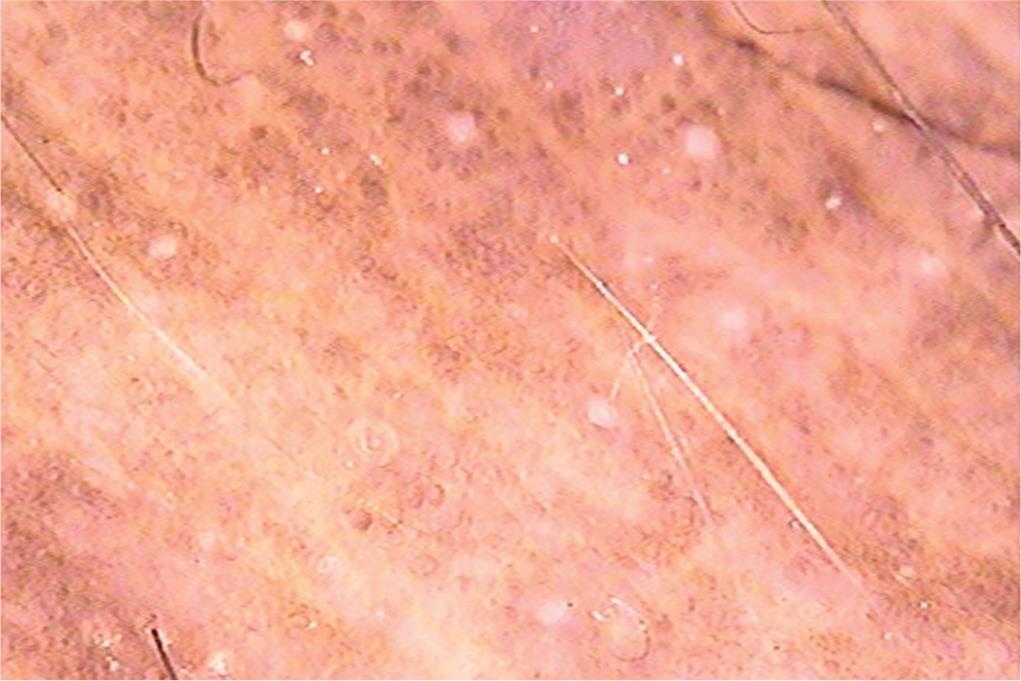 The p value of skin pattern change was found to be significant. Hence a pairwise comparison was done 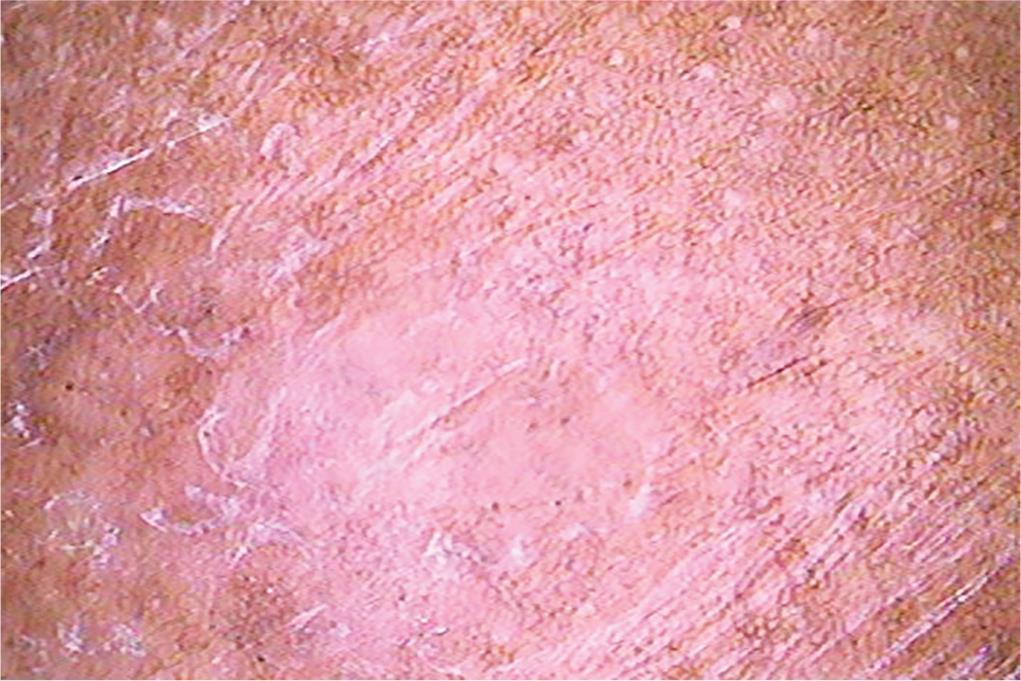 Based on estimated marginal means

a Adjustment for multiple comparisons: Bonferroni

* The mean difference is significant at the 0.05 level

The p value for presence of scaling is significant. Hence pair wise comparison was done

The study was started with an intention of observing specific dermoscopic patterns, if any, in newly diagnosed leprosy patches. The aim was to introduce a noninvasive diagnostic tool in the era of HIV, Hepatitis B, and Hepatitis C. It could also be invaluable because the skin features would be magnified several times and may even become evident even before the clinical presentation. Another advantage could be in differentiating the HD patch from other clinically similar diseases, like previtiligo and post inflammatory hypopigmentation, obviating the need for SSS or skin biopsy.

Based on estimated marginal means

a Adjustment for multiple comparisons: Bonferroni

* The mean difference is significant at the 0.05 level

This study when it was started was the first of its kind and hence there was a great paucity of literature for referral. During the study period few case reports and a similar study were published.

A study in 12 BT HD showed a most frequent pattern of white areas followed by reduced density of hair. Yellow globules, decreased white dots, and branching vessels in facial areas were also noted.2

Another study in 30 HD patients showed yellowish–orange areas and vascular structures as the common dermoscopic features of leprosy. Broken pigment network and paucity of appendageal structures were additional specific features.3

One other latest study published in 2019 in 50 patients on treatment showed that tuberculoid poles of leprosy classically showed loss of hair and skin pigment along with absence of white dots. There was absence of blood vessels which they attribute to absence of reaction. Lepromatous pole of leprosy they claim showed characteristic xerosis and white scaling in the background of hypotrichosis and hypopigmentation.4

Our study results similarly show a loss of appendages and loss of pigment network. Vascular structures were absent.

While designing the study, it was thought that reduced sweating in the affected skin when compared to that of the control would be a feature, and hence it was decided to observe the same both in the affected and normal skin. However, sweat droplets were not visualized in the lesional or control skin.

Granulomatous diseases show orange–yellow clods with linear vessels.5 Despite a thorough search with the dermoscope, clods were not seen during the study.

Talking about the limitations of the study, the dermoscope that had been provided for the study did not have advanced features affecting the image quality. Also, the sample size for the study was 33, which is again a limitation, but considering the low incidence of leprosy in India, excluding criteria as well as a fixed study period of just 18 months, the sample size can be considered reasonable.

In conclusion, significant dermoscopic changes were observed during the study, and hence we feel that dermoscope as a diagnostic tool has tremendous scope in the early diagnosis of leprosy, especially in situations where biopsy needs to be avoided (children, facial lesions) or in atypical clinical presentations that demand a supportive investigatory intervention.

However further studies on a larger populace with advanced dermoscopes are necessary to support and strengthen our findings.